A Look at Patrick Mazeika, Prospect 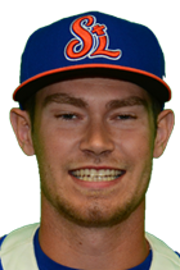 Continuing the theme of checking in with prospects that have a background in the Valley League, today we have Patrick Mazeika (Waynesboro 2013).

Mazeika, an 8th round draft pick of the Mets in 2015, shows up at #25 in the Mets system per mlb.com, climbing up four spots from the preseason. He crushed at Stetson for three seasons, and also crushed for Waynesboro in ’13.

This is what mlb.com says about Patrick:

Scouts will often say that guys who hit find their way to the big leagues. The way Mazeika has swung the bat, first during three years at Stetson and thus far since he joined the Mets organization, he looks like he could hit his way up to New York.

A left-handed hitter with a very strong approach, Mazeika has walked nearly as often as he struck out during his pro career. While he does have some extra-base ability, he’s not likely to be a huge over-the-fence power guy, so the Mets would like to see him use the whole field more consistently. Mazeika’s defense behind the plate remains a work in progress, both his fringy arm — an elbow injury that delayed his full-season debut by a month didn’t help — and his overall receving skills. He has made some strides, but he still has a ways to go.

Mazeika has played first base in the past but doesn’t really have the power profile for the position. He’ll continue to focus on getting better behind the plate, though he’s always likely to be a bat-first catcher should he be able to stick there.

It’s true that he can hit:

I would expect Patrick to start 2018 in Double-A Binghamton, with a good chance to both move up to Triple-A and/or make the major leagues! 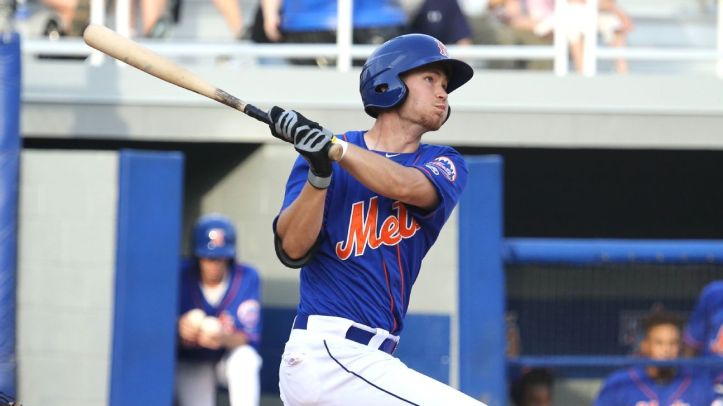