The minor league regular season ends for most leagues on Monday, so postseason All-Star lists and awards are starting to trickle out on milb.com. 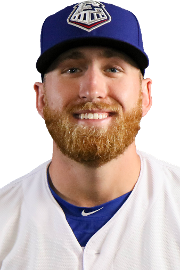 As usual, ATVL will watch for any alumni who might be named, and, as luck would have it, former New Market Rebel Reed Garrett (2013) has been named a postseason All-Star in the Texas League.

Maybe Reed will get a call up to the bigs later this year or next? Congrats!