Nate Pearson is Back! 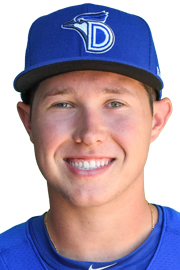 Nate Pearson (Staunton 2016) was hit by a line drive, breaking his pitching arm, in his very first start of the 2018 season allll he way back on May 7th. He missed the entire minor league season.
HOWEVER, yesterday he went to Lansing, Michigan, and pitched against Michigan State- his first appearance in a real game since that fateful day.
How did he do? Ah, he just struck out 4 in a row, and hit 102 on the gun. No big deal.
Congrats on returning to the mound, Nate!
Here is a link to the game story.