The big one: home runs in one minor league season!

In 2012, Jonathan Griffin played in both High-A Visalia in the California League and Mobile, the Double-A team in the Southern League. He hit .304/.366/.523 in 503 at-bats, with 89 runs, 20 doubles, 28 home runs, and 102 RBIs. Griffin never made the majors, but he’s still playing! He’s been in the Independent Leagues for the past five years… and has hit 57 home runs in those five seasons. 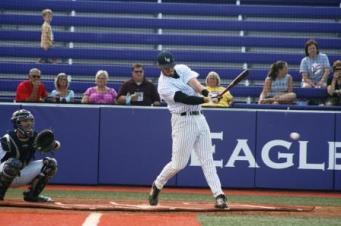