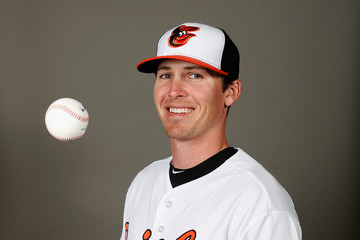 Tolliver is the third alumni to make his debut in 2016, following Tyler White (Haymarket 2010) and Chris Devenski (Woodstock 2011).

Ashur’s ascendance is especially sweet for the left handed reliever, as he missed an entire year in the minors after labrum surgery in 2012. In 155 total minor league games, Ashur went 9-9, 3.11, with 253 strikeouts in 266 innings. In his first game as an Oriole just last night, Ashur threw 1 1/3 innings, giving up 0 hits, 1 walk, and striking out 3. (mlb.com has video of Ashur’s strikeout of Colby Rasmus.)

Back in 2007, I was looking for an interview subject, and I asked Bob Wease, Ashur’s manager on the Turks, which player on his roster was most likely to make the majors. He said Ashur. So I got a chance to sit down with Ashur in the old Memorial Stadium bleachers to talk some baseball. Click here to read it.

Congratulations on making the majors, Ashur!