2018 Park Factors, Plus Some Averages

This is going to sound odd, but I can still remember the first game I saw televised from the Rogers Centre when it opened in Toronto in 1989. In one of George Bell’s first at-bats in the new venue, he hit a pitch quite well, but it hung in the air, and the opponent’s left fielder camped under it, catching it for the out.

Bell went out to the outfield, and in the next inning caught a fly ball himself and threw the ball way up in the air back to the infield, with a wry look on his face, as I recall. The announcers went nuts (well, one of them did, anyway), assuming that Bell was already digruntled about how the ball carries in the brand-spanking-new venue.

I don’t know what Bell was thinking (and for full disclosure, I had a pretty nasty exchange with him years later in Hagerstown when I asked for his autograph- he was nasty, not me), and that announcer didn’t either, but the way the ball carries in different parks is a valid concern. Baseball stadiums, or in the Valley’s case, baseball fields, are built differently, with different elevations, different dimensions, different areas in foul territory… almost everything can be different. For whatever the reason, it makes sense that different parks play differently with offensive output.

Figuring out how different parks play can be important to put stats in context. Is a home run the same in New Market and Charlottesville? (Obviously it’s still a home run, but was one “easier” to hit than the other? More “impressive?”) Context is important.

Well, the godfather of sabermetrics, Bill James, came up with a formula to measure how each park ranks with the other parks in the same league. He called it Park Factors.

I wrote this a year ago about this very topic:

The easy explanation is that Park Factors compare what happens in each park to what happens in other parks. So the Strasburg Express hitters’ statistics, and their opponent’s statistics at home, for example, are compared to what they did on the road. Eventually, after very much calculating (and a huge amount of time), the outcome shows us which Valley League parks, for example, have more runs scored, or home runs hit, than the other parks. A final number of 100 means a neutral park. Numbers higher than 100, like 132, for example, means that 32% more of that stat happened at this park over the given time period. Numbers less, like a 68, means that 32% less of that stat occurred. Does any of this make sense? To see more of an explanation, click here to read Fangraph’s “Beginner’s Guide” to park factors.

One common question posed to me is, “But what if a team has really good pitchers? That would suppress what happens in their home park, right?” Sure, it would. But those good pitchers also pitch on the road, which means that offense would be suppressed on the road as well. And those numbers are used together.

With all this said, though, we need to remember that the sample size for this exercise is pretty small. Each Valley League teams only plays a little over 20 games a year at home, and the same amount on the road. Major league teams play four times that in just one season. So the sample size is small, which means that the numbers are not as stable. The three-year averages are a little better, but even stats over three Valley League seasons do not equal a full major league season. Keep that in mind.

For the first time, though, I am including five year averages, which will be the most stable of all, since five Valley League seasons would equal at least 100 games played in each park.

Ok, are we ready? Let’s begin this exercise with the 2018 Park Factors:

Five parks play over 100 (average) for runs, and six play under. Winchester comes in at the top, with Staunton a close 2nd. Purcellville and Front Royal supress runs the most. Singles are pretty stable; the highest factor is only 108.05 (Staunton) and the lowest is 91.05 (Strasburg).

Take a look at triples. Harrisonburg’s factor is a huge 394.98, which means that 295% more triples are hit there than average! The raw stats are 21 triples hit in H-burg, with only 5 hit on the road.

Home run factors are usually the most interesting to check out. Harrisonburg, Front Royal, and Charlottesville all run at least 40% less than average, while Strasburg is a monstrous 148% over average. (Raw stats: 52 home runs in SB, with 27 hit on the road.)

One more chart- over the past five years:

Well, that’ll do it for Park Factors. Many, many hours of work for a few grids of numbers.

What do you think, Dear Reader? 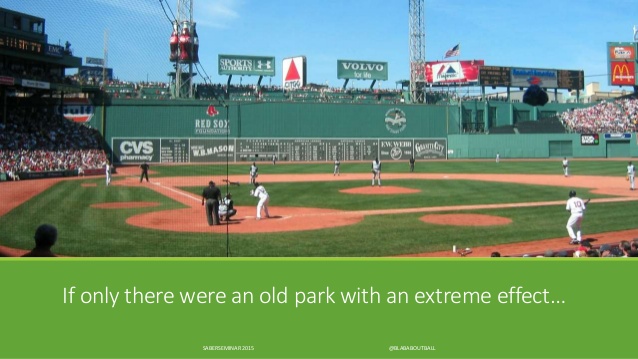