Evan Flynn, a 5-foot-10, 175 pound righthanded senior from Francis Marion, had the 6th best season as a starter in the 2018 Valley League, but he pretty clearly has the #1 nickname in the league.

The name ‘Buckshot’ came after 7-year old Evan fired a shotgun at a tree and a pellet ricocheted back and hit him in the stomach. The doctor at the hospital called the young man the name first, and Evan’s father has called him that ever since. In fact, the Staunton Braves didn’t even list ‘Evan’ in his bio:

Well, by whatever name we call him, he had an excellent Valley League season.

Buckshot, of pitchers on this list, finished 10th in ERA, 10th in innings pitched, 6th in batting average against, and 9th in WHIP. He was pitcher of the day once, and his best start was on July 12th at Front Royal, when he threw 6 innings while allowing 2 hits, 1 unearned run, 4 walks, and striking out 6.

When the season was over, Buckshot traveled to the Cape, and pitched in two games for the Brewster Whitecaps in the Cape Cod League as well.

Evan pitched his first two college seasons at USC Lancaster, and his last one at Francis Marion:

Watch for a big jump for the young man in 2019! Congratulations, Buckshot! 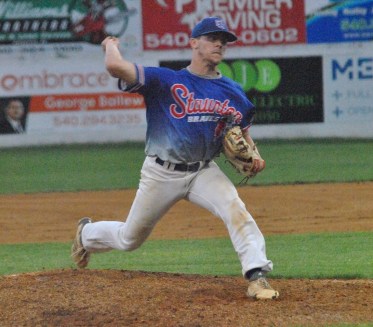