That kind of title would mean something different on, say, a news website, but in this context, a much less violent one, it means that former Front Royal Cardinal Luc Lipcius had himself a day yesterday.

Starting at first base for the Tennessee Vols against Northern Kentucky, Luc was pretty clearly the player of the game, as he went 3-4, with 2 runs, 5 RBIs, a triple, home run, and stolen base. The Vols crushed the Norse, 18-0. 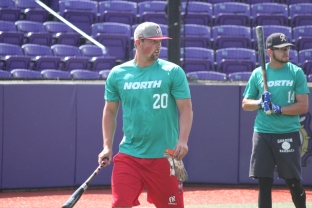