The next category is slugging percentage!

Two Woodstock River Bandits joined this list this year- Aidan Nagle, who became the seventh player in the last 16 years to top a .700 slugging percentage, and Caleb Ward, no slouch himself at .667. Imagine, Brilliant Reader, what they might have slugged had they played in… say…. Strasburg…although that would mean less doubles, most likely.

Four players are from Winchester, three from Covington, and two each from Waynesboro, Front Royal, and Woodstock. New Market and Harrisonburg have one each, and Purcellville/Charles Town, Charlottesville, Strasburg (oddly), and Staunton don’t have one (yet).

Runs scored will be next! 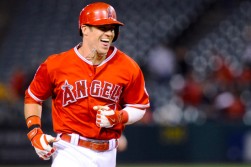