Super planning on my part! Failing to take Strasburg’s fanatic fandom into account, we now have a Sweet Sixteen contest between two Strasburg MVPs- Brad Zebedis (2011) and Jordan Tarsovich (2013). (Sorry to the Neal family in advance for making them choose. Actually, you know, I can’t wait to see what happens!)

So who ya got? 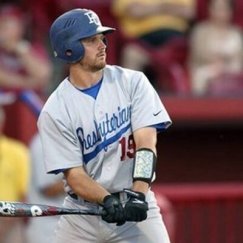