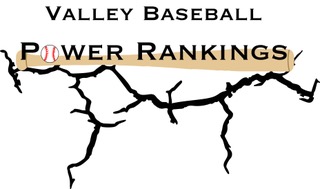 Finally! In less than 36 hours, Valley Baseball League will return in its full glory for the first time since the conclusion of the 2019 season. That means it’s time to break down the teams and see who’s leading the pack ahead of opening weekend.

For this preseason preview, we’ll look back to the 2019 stats and combine it with any new information based on roster updates, changes in coaching staff and everything in between.

5. Covington Lumberjacks: Featuring a lineup of Florida athletes, Covington will make another season debut in the “Middle Pack.” The team finished fifth in the 2019 postseason after defeating the Turks in the final regular season games to notch a spot. With head coach Logan Williamson leading the charge in his first campaign, the depth of this season’s lineup should be on full display.

6. Waynesboro Generals: The 2019 regular season “Top Dog ” finds itself in the No. 6 spot to start off the season. Though the playoffs didn’t go as planned for the Generals, the team will have a shot at redemption once again for a better postseason ending.

7. Winchester Royals: The Royals finished the 2019 season in the middle, and stayed there in the rankings to start out the season. The biggest note in this season’s lineup however is that it mostly is made of sophomores — providing the team a depth of both an edge and youthful exuberance.

8. New Market Rebels: Sporting a lineup with members of CAA powerhouse College of Charleston, Rebels fans have a lot to look forward to. Head coach Arthur Stenburg IV is determined for a deep postseason run, and confident with this season’s team.

9. Harrisonburg Turks: Even though this team didn’t make the playoffs in 2019, the Turks had a strong regular season performance. It’s another roster full of potential and talent in the South Division, and the team will look to make a playoff berth.

10. Purcellville Cannons: The Cannons, although sitting near the preseason bottom, held an intriguing lineup in the 2019 season. Bradley Riopelle was a standout player throughout 2019, and with a new lineup featuring players from big baseball schools — they’re on the horizon.

11. Front Royal Cardinals: Front Royal will have the chance to improve from the 2019 season with a new lineup. They’re another team full of potential as the season kicks off.