You just never know how college power will translate to the minor leagues. Some hitters take to wood bats and pro pitching very well, while others struggle to make solid contact on the sweet part of the bat, and flame out pretty quickly.

Kevin Woodall, from Coastal Carolina, showed excellent power in college, and is now following it up with even better power in the minor leagues. A New Market Rebel in 2015, Kevin showed gap power with 14 doubles, but only hit 1 home run. He ended the season after 158 at-bats with a .411 slugging percentage. 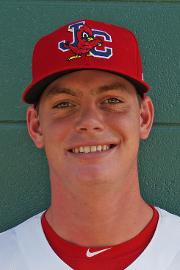 So back to wood bats and on to pro pitching; how has Kevin done so far?

Congrats, Kevin, and keep it up!