Today, we’ll take a look at the best and worst starts by a Valley League alumnus in the minor leagues in the 2018 minor league season (the major leagues are a different thing altogether).

For the uninitiated, game score is a simple formula invented by Bill James (of course). If weighs going deep into games a bit too much, but it’s an easy way to evaulate specific performances.

This list is fascinating (well, to me. Anyone agree?). There are 12 different pitchers making up this list of 24 starts. The ones listed more than once:

I love what happened with Walter Borkovich this season. He pitched almost the whole 2018 minor league season in the bullpen, but got a chance to start for Florida on August 4th… and gave up 2 runs in his 6 starts from that point. His three starts listed here all occurred between August 11th and September 2nd. Wow.

Austin Gomber’s start on April 23rd was a masterpiece- 16 K’s in 8 innings. He is in the majors, probably to stay. Or at least we hope!

Unfortunately, there is a seperate category for starters: the ones that don’t go so well. That list follows:

Hey, sometimes you have it, sometimes you don’t. (I still remember a parent of one of my students coming up to me in probably 2007, saying, “Hey! I saw you pitch for Clover Hill the other night! You weren’t very good.” Thanks for that. Glad you brought it up.)

Max Povse is a bit like the reverse Walter Borkovich- he had some poor starts early in the season, but turned things around in Double-A Arkansas.

Pitchers listed more than once: 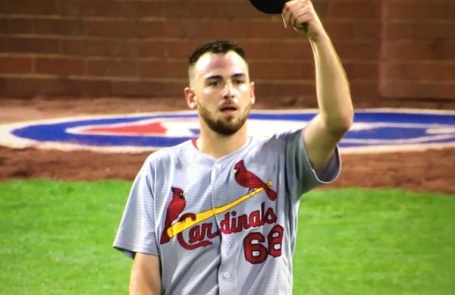