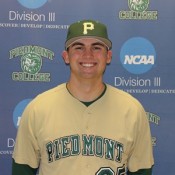 I was warned about Andrew Burden. Someone, and I can’t remember who, exactly, told me something like, “Watch out for Andrew Burden; he can hit!” Well, unnamed person, you were exactly right. Andrew Burden, the 6-1 rising senior from Piedmont, can certainly hit.

Let’s see what the stats look like for the All-Star game home run derby champion:

Andrew was a mainstay in the Front Royal lineup, finishing 4th in the league in batting average, 4th in OPS, 7th in on-base percentage, 6th in slugging percentage, 4th in total bases (83), tied for 6th in RBIs, tied for 6th in home runs, tied for 3rd in triples, 4th in doubles, 2nd in hits, and 2nd in runs scored. Phew. He was named 2nd team All-Valley League at first base.

He was hitter of the day once, and his best game was on June 28th against New Market, when he went 4-5, with 3 runs, a double, 2 home runs and 5 RBIs. He also had a stretch in the regular season in which he had more than one hit in 4 games in a row.

Here are his stats at Piedmont:

After his 2018 season, Andrew was named D3 All-Region, and ABCA/Rawlings South All-Region.

With another season like 2018, I think Andrew will get some attention from pro organizations. Then we can warn others, “Watch out for this guy!” 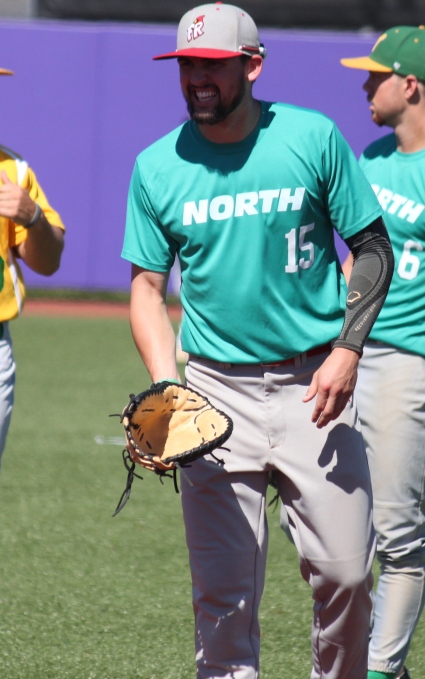 The swing that won the derby