Before we start on the best hitter in the 2018 Valley League season, let’s take a look at the list Mr. Eyster will be joining:

Wow, the correlation between ATVL’s best hitter and the MVP of the league is… quite strong. In fact, the only years where the two are not the same are 2012 (Julian Ridings was MVP), 2009 (Greg Hopkins), and 2007 (Luke Greinke).

So of course, it should come as no surprise that the best hitter in the 2018 Valley League season is none other than the league’s MVP, New Market’s Andrew Eyster.

Eyster laid waste to the league. Take a look: 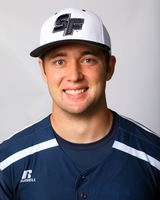 This is incredible: Andrew finished 1st in the league in batting average, on-base percentage, slugging percentage, OPS (obviously), and doubles, while finishing 3rd in total bases (89), 4th in RBIs, 2nd in home runs, tied for 6th in hits, tied for 4th in runs, and 8th in walks. He was named 1st team All-Valley in the outfield, and as mentioned, he was also the Most Valuable Player. Every single person ATVL spoke to about top prospects from the summer said that Eyster was the best player in the league, and it wasn’t particularly close.

Andrew was hitter of the day 4 times, and his best game was probably on July 3rd against Waynesboro, when he went 5-5, with a run, double, home run, and 5 RBIs. He hit in 33 of 37 VBL games, while putting up 5 hits once, 4 hits twice, 3 hits three times, and 2 hits 9 times. ATVL and Perfect Game named him the best prospect in the league, and Baseball America named him #2.

Andrew has transferred to South Carolina after one year at Santa Fe, in which he literally led his team in every single offensive category except for stolen bases.

ABCA named him a second-team outfield All-American. Competition must have been pretty stiff.

In the finals, ATVL was able to sit down with Andrew about his summer. He said that he came to the Valley to work on keeping his weight back at the plate, and work on some other things as well, as the summer is a pretty good time to make adjustments.

He chose Santa Fe because of its proximity to home (within 30 miles), and he only got offers from junior colleges out of high school. Even though he said he loved Santa Fe, he is moving to South Carolina to play against better competition to ultimately enhance his draft stock. Andrew was drafted in the 32nd round by the Cleveland Indians in June, but obviously didn’t sign, because, he said, “I didn’t get the number I was hoping for.” (Interestingly, Andrew will room with Luke Berryhill, who played for Purcellville this summer.)

About being the MVP: “It’s really cool. I can’t say that I was thinking about that… I wanted to be a run producer, to have a good average. It means a lot to me.”

Andrew also got a chance to spend some time this summer at the New Market airport with Bob Coolbaugh, playing around with recreational flying, which is one of his passions, although Andrew emphasized that piloting is just for fun, not a future career, as he’s going to chase this baseball thing as far as possible first.

Well, it looks like a baseball career may be in the, ahem, cards for this young man. Congratulations on your excellent summer, Andrew! 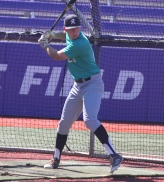 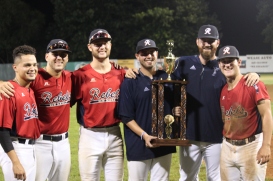 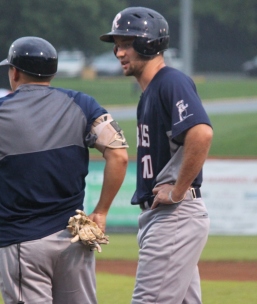 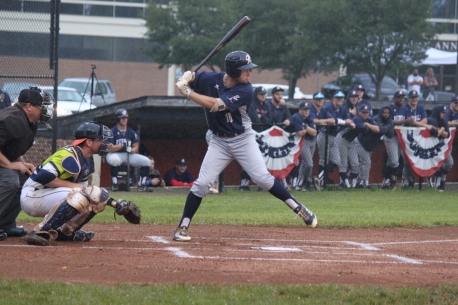