Thomas Francisco, the seventh best hitter in the 2019 Valley League season, was the most consistant run producer in the middle of the lineup that ended up hoisting the Jim Lineweaver trophy at the end of the season.

He was so consistent, in fact, that he started his summer with a 23-game hitting streak, and then, after an unfortunate 0-4, hit in eight more in a row. In fact, he had at least one hit in 32 of his 34 games.

He led the league in batting average, tied for ninth in on-base percentage, tied for fifth in  RBIs, and tied for sixth in hits. He was hitter of the day twice- July 4 and July 22- and had three hits eight times, and two hits a ridiculous 13 times. On July 4th against Waynesboro, he went 3-5, with a run, double, triple, and RBI. On the 22nd, against Strasburg, he went 3-5, with three runs, a double, and an RBI.

The rising sophomore from East Carolina was obviously an All-Star along with a Showcase participant, was named first team All-Valley League at designated hitter, and Perfect Game named him the fourth best prospect in the league.

He played quite a bit as a true freshman for the Pirates: 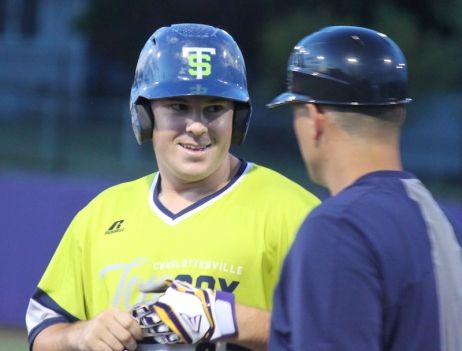 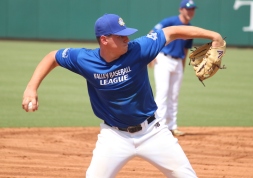 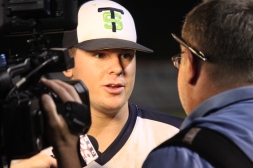